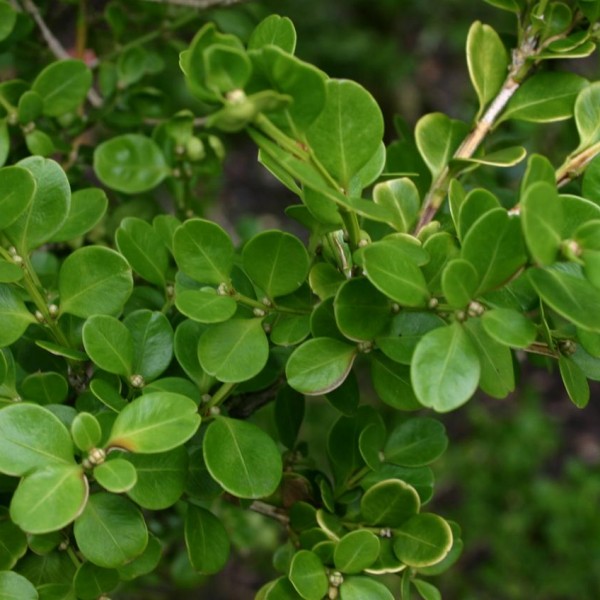 They are slow-growing evergreen shrubs and small trees, growing to 2–12 m (rarely 15 m) tall. The leaves are opposite, rounded to lanceolate, and leathery; they are small in most species, typically 1.5–5 cm long and 0.3-2.5 cm broad, but up to 11 cm long and 5 cm broad in B. macrocarpa. The flowers are small and yellow-green, monoecious with both sexes present on a plant. The fruit is a small capsule 0.5-1.5 cm long (to 3 cm in B. macrocarpa), containing several small seeds.

Buxus is a genus of about 70 species in the family Buxaceae. Common names include box (majority of English-speaking countries) or boxwood (North America).[1]

The boxes are native to western and southern Europe, southwest, southern and eastern Asia, Africa, Madagascar, northernmost South America, Central America, Mexico and the Caribbean, with the majority of species being tropical or subtropical; only the European and some Asian species are frost-tolerant. Centres of diversity occur in Cuba (about 30 species), China (17 species) and Madagascar (9 species).

There are no reviews yet.

Be the first to review “Boxwood” Cancel reply